Corporate Responsibility and the Warehouse Manager

At the turn of the millennium, big business was suffering from a major image problem. The liberal narrative at the time was simple: large corporations, driven by power-hungry CEOs and greedy shareholders, were malevolent entities, exploiting their workers and chewing up natural resources. Books including Naomi Klein's 'No Logo' and films such as 'The Corporation' became pop-culture touchstones, and their criticism of corporate greed were accepted by Western middle classes on both sides of the political divide.

For a while, the issue seemed to transcend politics - being skeptical about the motives of businesses was just common sense. In the years that followed, the rise of the internet gave consumers access to vast amounts of information, allowing them to make informed decisions about the companies that they supported through purchases. Immoral company practices were rapidly fuelled by viral campaigns on Facebook and Twitter, meanwhile businesses making a positive impact on the world were praised and shared on social media platforms. This is where corporate responsibility comes in.

Companies scrambled to clean up their acts (and their images), chasing approval from an ever-more-demanding public.

But then something strange happened. While these companies were improving their brand images through socially responsible initiatives, they discovered that ethical conduct was actually strengthening their core business models. Suddenly, 'sustainability' became a new byword for 'profitability' in the upper echelons of commerce.

It comes as no surprise, then, that companies large and small are making efforts these days to become better corporate citizens (and, subsequently, to publicise their good deads) - whether it is an agribusiness shoring up its supply chain by supporting local farmers or a courier company upgrading to carbon-friendly, cost-efficient modes of transportation.

What CEOs and board members are coming to understand is that adopting ethical business practices can score them brownie points with consumers and make their businesses fundamentally more profitable. Download Virgin Australia's 'spotlight' on five companies that have joined the responsible revolution in this free article: Leading the Way.

As the Warehouse Manager, what can you do to increase profitability and efficiency? Check out our free resources from tried and tested, real projects, here in Australia. 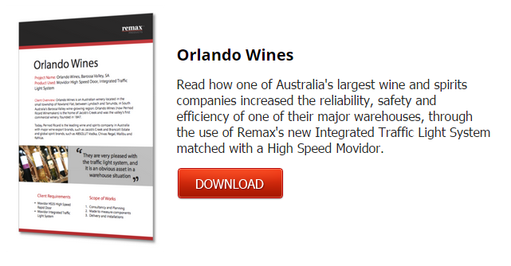